SHOW THE BEST 2013/14
SECOND QUARTER’S LEAGUE TABLE
The league table for the second quarter of the 2013/14 Show the Best competition is attached. The
table shows the best performance at a qualifying distance by all members who entered the
competition by 30 April. For this quarter only three different distances need to have been completed
in order to be ranked. Where more than three distances have been included for an entrant the best
three have been highlighted in red and these are the percentages which give the average in the end
column.
The best individual performance in the second quarter was Paul Whear’s 82.77% for the Plymouth
Half (actual time 1:18:09) but Barrie Cardew ran him close with his 82.68% for the Bideford Half
(actual time 1:24:46). The best individual performance by a female member was Janna’s 67.39% for
the Marazion 10K (actual time 45:08).
Top of the league for the quarter is Paul Whear with an average of 82.92%. Barrie Cardew, with an
average of 81.50%, has taken over in second place from Glynn who has an average of 80.73%. The
top female member is Carole Drew with an average of 68.95% but Janna is catching up with a
percentage of 68.03%.
There are twenty six qualifiers in this quarter compared with twenty eight qualifiers in the first
quarter. Of the twenty six ranked in this quarter thirteen have a better percentage than at this time
last year, six have a lower percentage and seven either were not in the competition last year or had
no qualifying times. So the overall standard of performance is improving.
The actual times which give the percentages in the league table are shown in the summary attached
to the table. If a member has any queries on the times shown please refer them to me.
There were nine members who had two qualifying times at the end of the second quarter so they
will need to record times over two other distances in the next quarter to be ranked at that time.
At present there are fifty six members who have entered the competition but, if anyone else wishes
to enter, just let me know and I will add you to the table for the next quarter. Even if you only enter
now, any times recorded since 1 November 2013 will be taken into account. 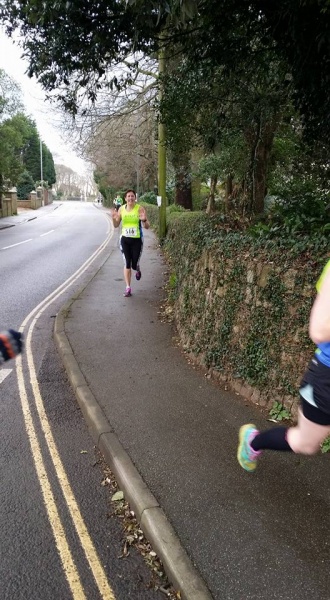